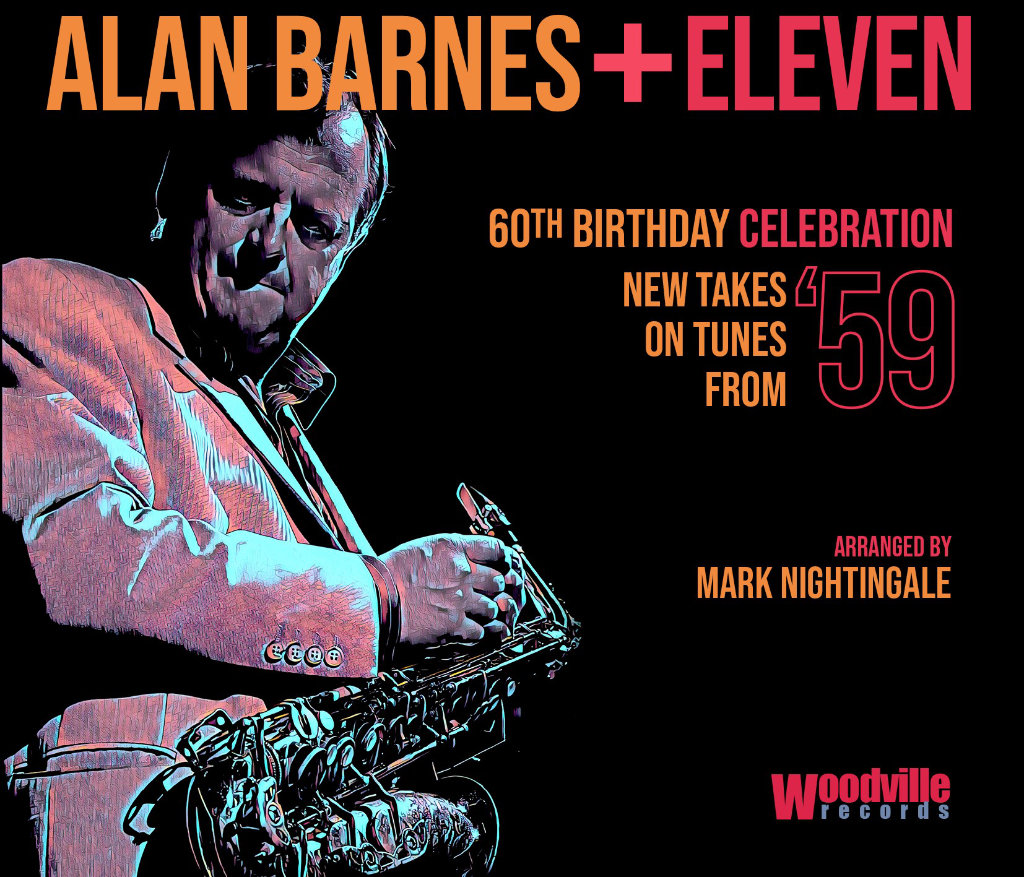 We are delighted to welcome a project formed in 2019 by long-standing favourite of the UK jazz scene, Alan Barnes.

Even though it is set in an exceptionally fertile decade,1959 still stands out as a remarkably fruitful year for Jazz albums.

Alan Barnes writes : " ‘Kind of Blue’, ‘Giant Steps’, ‘Mingus Ah Um’, ‘Thelonious Monk at Town Hall’ and Dave Brubeck’s ‘Time Out’ are all iconic recordings from that year, as is my personal favourite, ‘Art Pepper+11’, in which the the altoist’s quicksilver improvisations are highlighted in Marty Paich’s peerless arrangements of modern jazz standards. To celebrate my 60th birthday, I wanted to record an album with a similar concept and to ask one of my favourite musicians, trombonist Mark Nightingale, to take on the arranging duties. We decided on a slightly different instrumentation, that all the musicians would be featured as soloists at some point, and that we would choose themes from my birth year -again 1959. I wanted to solo mainly on alto but to also spotlight my ‘doubles’ of clarinet, bass clarinet and baritone on some tracks as Art Pepper had done 60 years earlier on tenor and clarinet. Mark responded immediately, enthusiastically and brilliantly, and within a few weeks I had a collection of wonderful charts all of which displayed his astoundingly fecund imagination in re-thinking completely new takes on these ageless tunes."