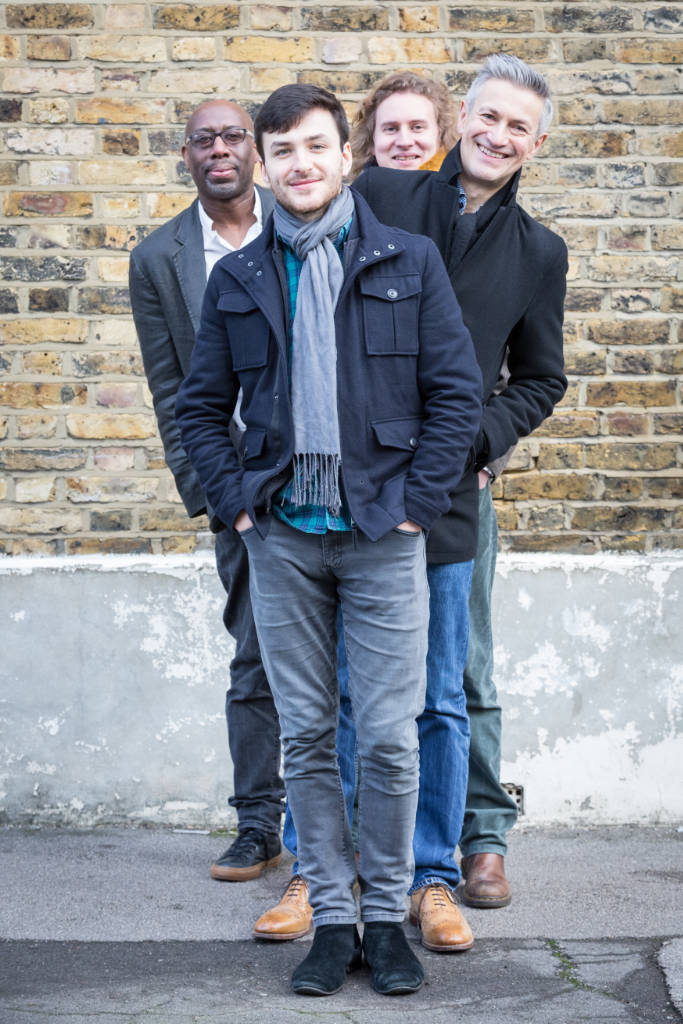 For established giant of the UK jazz scene, O’Higgins, “Pluto” will be his 24th CD as leader. For young “firebrand” Rob Luft, this will be his 4th. They will be leading a quartet with UK’s top dog organist, Ross Stanley and Greek drummer, Billy Pod. The repertoire will be made up of Thelonious Monk compositions (expect some rarely heard ones!) John Coltrane, and some new material from the forthcoming CD.

Both Monk and Trane were “modernists”, but also steeped in swing and the rich tradition of the beboppers. Dave and Rob intend to respect this lineage whilst putting their own mark on it. Expect some swing, fun, grooves and moods from this exciting new collaboration.

Dave O’Higgins’ tenor and soprano sax sounds are highly personal and recognisable, with a clear sense of melodic development and adventure. A popular performer with the public, with an excellent sense of pacing and presentation, he has a wide palette from Charlie Parker, Dexter Gordon, John Coltrane, Joe Henderson through to Stanley Turrentine and Michael Brecker.

Dave is a highly regarded educator at the LCCM, where he is the Jazz Pathway Leader.

Also on the CV: Frank Sinatra (the last London appearance - a week at the Royal Albert Hall in 1992) and a tour and album with Ray Charles (Strong Love Affair).

Other regular bands over the years include:

“O’Higgins plays with quite exceptional fluency and his fund of ideas never runs out.” The Observer

“A stunning player in the neo-bop vein, with an apparently effortless flow of coherent ideas, beautiful time and a highly developed harmonic sense.” JAZZ GUIDE

“His professional presentation was an object lesson to the amateurishness of local players. His musicianship seemed boundless. Like his friend Martin Taylor did last year to our guitarists, Dave O’Higgins did to our sax players – gave them new and exciting challenges. And gave us mere listeners an exceptional night.” ADELAIDE ADVERTISER, AUSTRALIA

Rob Luft is an award-winning 25-year-old musician from London, and has been described as one of the UK’s most prominent and talented young contemporary jazz guitarists. Praised by The Times ‘to achieve great things in the future’, Rob was the recipient of the 2016 Kenny Wheeler Jazz Prize in association with Edition Records, and he also received the 2nd Prize in The 2016 Montreux Jazz Guitar Competition. His debut album, “Riser”, was released in July 2017, to widespread critical acclaim from the European jazz media. John Fordham wrote in The Guardian that it’s a “very sophisticated debut, but given Luft’s old-soul achievements since his early teens, we should have heard it coming”.

“With Riser, Luft has not only made a stunning debut, but sets himself at the forefront of the outstanding and interesting guitarists in jazz. Very impressive!” – Written In Music (Netherlands)

“The virtuosity of the three [guitarists Al di Meola, John McLaughlin and Paco de Lucia] is reminiscent of the 23-year-old Londoner Rob Luft, who is celebrated as a new ‘Wunderkind’” – Spiegel Online (Germany)

☆☆☆☆ "an original guitarist to be prized" The Irish Times