Portrait of the MJQ 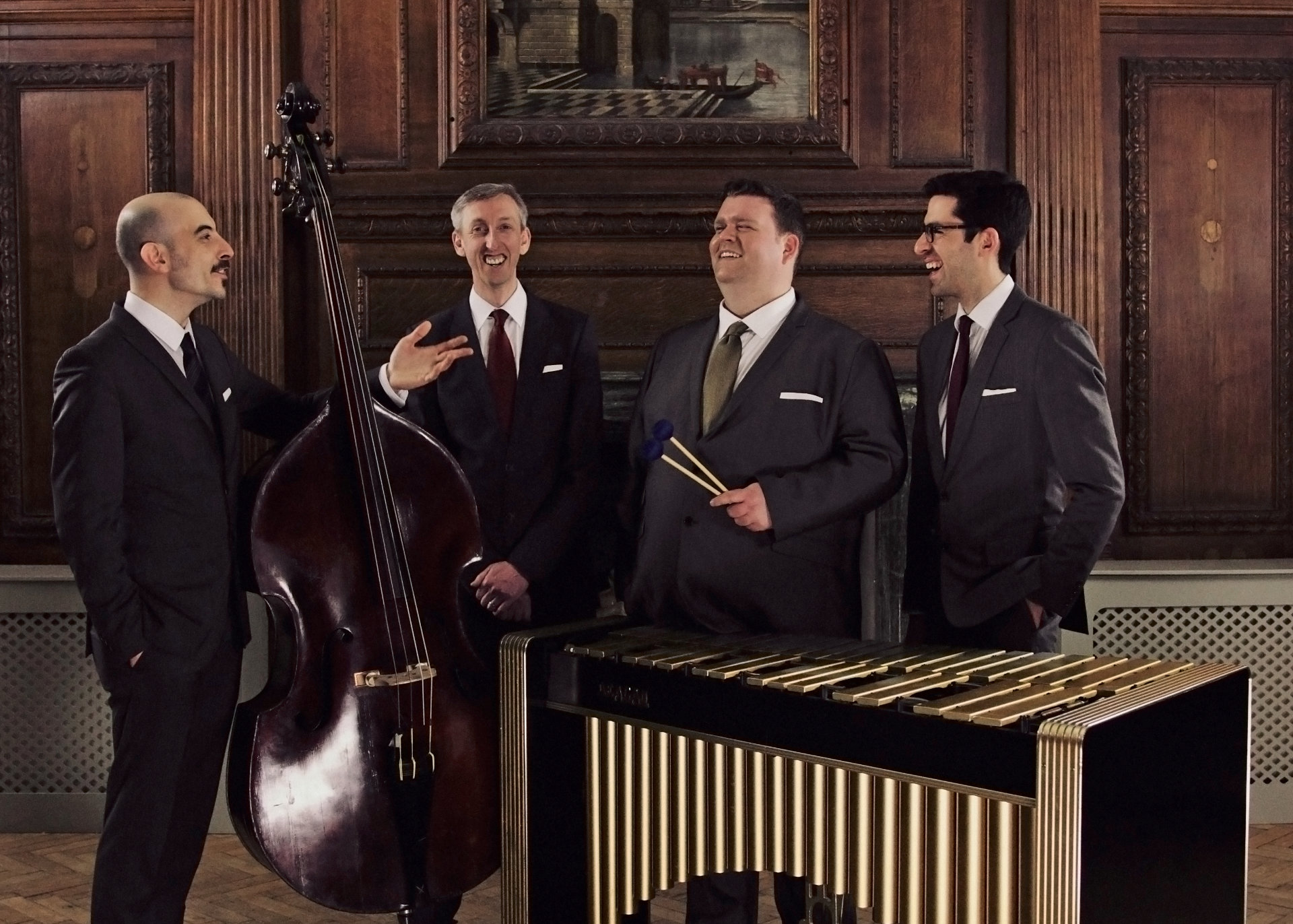 Portrait of the MJQ

Nat Steele brings his MJQ quartet to the Isle of Wight Jazz Weekend, playing homage to one of the most successful jazz quartets of the 20th century. Featuring Steve Brown on drums, Gabriel Latchin on piano and Dario Di Lecce on double bass, the musicians give their own swinging take on the music of John Lewis, Milt Jackson et al.

Nat is a jazz vibraphone player based in London. In 2017 he launched his debut album, “Portrait of the Modern Jazz Quartet” on Trio Records, with a sold-out album release concert held at Ronnie Scott’s, followed by 2 years of touring the UK with the quartet. The album was awarded “Jazz Album of the Month” by BBC Music Magazine, with a plethora of positive reviews in the jazz press, including 4 stars in The Observer and Jazzwise Magazine. It even made it into the top 10 in the jazz charts in Japan. In 2019 he was invited by Grammy-award winning pianist, arranger and composer Alan Broadbent to give the world premier of a new work celebrating the 25th anniversary of Watermill Jazz. In 2020 - just before the pandemic - he completed an 18-date Arts Council funded tour of the UK with the MJQ band featuring guest tenor saxophonist Grant Stewart, who came from New York for 2 weeks to play. He has played in a variety of bands, most recently working with alto saxophonist Allison Neale as part of the Neale Meets Steele Quintet, and as a guest in singer Sara Dowling's Quintet, and is busy on the UK scene as a freelancer.

As well as working as a performer, Nat has been very actively involved in promoting jazz and founded a jazz festival, BopFest, in 2015 with saxophonist Allison Neale. The annual festival, initially just long weekend, has grown into a 7-day long extravaganza of bebop and straight ahead jazz in London featuring some of the best musicians from the UK, Europe and America, with the festival attracting both private and Arts Council funding and getting significant audience numbers and press attention.

He’s currently working on two new albums which should come out in 2023.

"One of the best gigs of the London Jazz Festival" Joanne Shurvell (Forbes Magazine, on our gig at Cadogan Hall for LJF '19)

“A refreshing treat for the ears” Rebecca Franks (BBC Music, album of the the month)