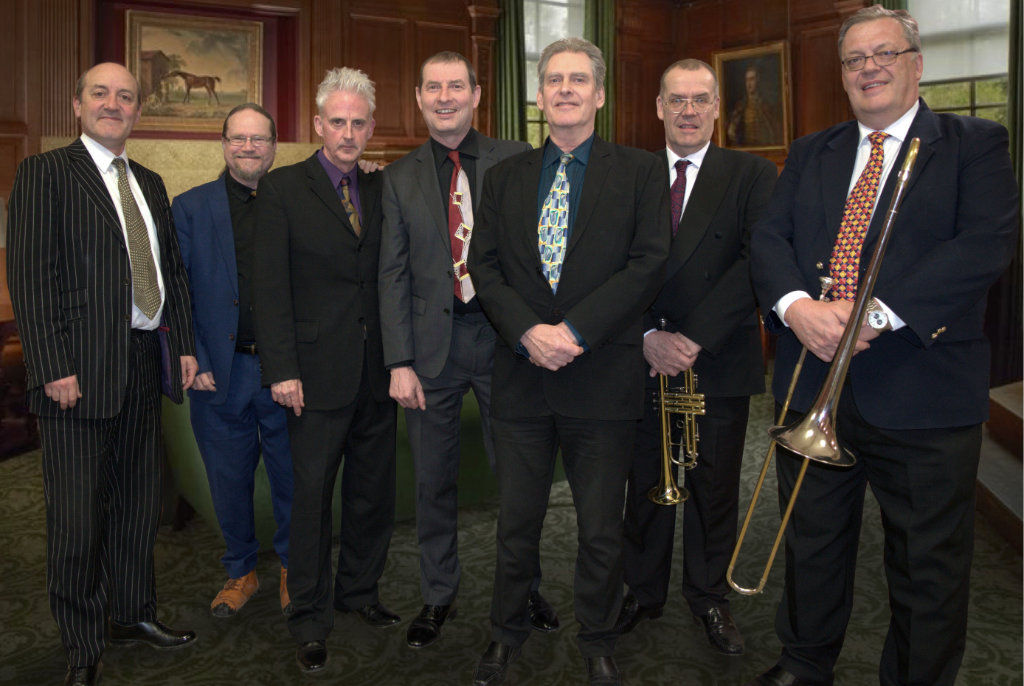 Since Acker Bilk and his Paramount Jazz Band stopped doing concerts in 2013, Acker’s trombonist, Ian Bateman has been flying the flag for British traditional jazz with a series of jazz productions. He is ideally placed to do this, having also spent many years with Terry Lightfoot and his Jazzmen and indeed many appearances with Kenny Ball and his Jazzmen. Ian’s ‘Kenny Ball’s Greatest Hits’ show (the ‘official’ Kenny Ball tribute show) is being received very well around the country.

This new show features music by Acker Bilk, Kenny Ball, Terry Lightfoot plus Chris Barber, Alex Welsh, Humphrey Lyttelton and more! This show will bring back memories of the early 1960’s‘Trad Boom’ when traditional jazz dominated the charts before The Beatles came along. This seven-piece band features a group of musicians who worked extensively with the big stars of the Trad era and continue to keep the music alive with their superb playing and sheer love of the music.

Of course, you will get the big hits like Acker’s ‘Stranger on the Shore’, Kenny’s ‘Midnight In Moscow’, ‘Samantha’ and Humph’s ‘Bad Penny Blues’. You’ll also get some surprises like 'Stars and Stripes Forever’ and ‘Peter and the Wolf’! This concert will bring back memories for everyone and will have your feet tapping!

It's Trad Dad at the IW Jazz Weekend 2022 is sponsored by Janneke Oxley in memory of her late husband, Philip Oxley

Philip was a life-long jazz fan. Aged 18, he decided to study in London, so he could spend his evenings listening to Humphrey Lyttleton and others at the 100 Club in Oxford Street, as well as enjoying the skiffle groups which could be found playing all around Soho. This love of jazz, especially all things Trad and New Orleans, stayed with him throughout his life and thanks to having to travel the world for his work, he managed to listen to great jazz in some far-flung and exotic locations!

When Philip moved to Ventnor in 1999, he quickly found out about the jazz scene on the Island and most weeks we would catch some music at local venues. Jim’s introduction of the Jazz Weekend was a great excuse to invite friends over and attend multiple events every year. Philip was suddenly and unexpectedly hit by illness in 2019 and passed away only a few months later. There is no doubt that It’s Trad Dad would have been the first ticket he would have purchased for this year’s Jazz Weekend, and it seems only fitting to sponsor this happy style of music, which he spent so many years enjoying, with a contribution in his name.

Janneke and Philip have been great supporters of the local jazz scene, and the Arts scene in general on the Island, for many years and it is a great honour for us to have this gig sponsored by Janneke in Philip's memory.